Yoruba Traditional Marriage: What You Should Know 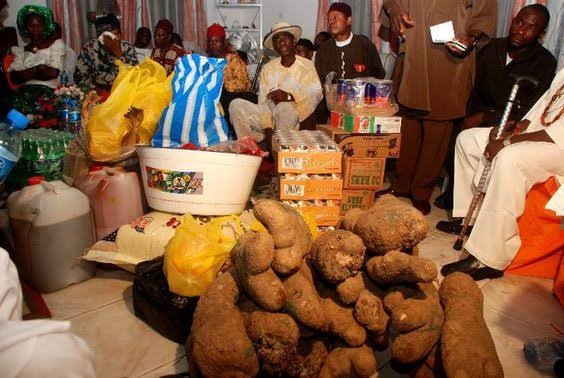 Yoruba traditional marriage: Every part of the world nurtures and practices some certain traditions, which differ from one region to another, from a country to another and even differs among a state as it harbours various traditions. Wedding varies in a large difference amongst diverse cultures, ethnic, groups, religions, countries, and social classes. Such traditional weddings come with traditional or special traditional practices and special traditional attires to always give it that uniquely distinguished spice and taste.

The Yoruba tribe is a majority tribe in Nigeria,  the western part of Nigeria, their cultural practices goes beyond counts; from their modes of greetings to dressing even down to wedding practices (traditional). Beautified by their various “Aso Ebi” and “Gele” which are used for these various celebrations or various attributed ceremonies of the Yoruba land and its people. The amazing thing about them is spelled the same way the tribe is spelled “Yoruba”,  a very easy learnable language and always has sweet code mixing (inter-switching the language with other languages while making a sentence) thus making them a very funny set of people, always cheered up.

Amazingly, the Yoruba traditional marriage ceremony even though a serious affair, is full of playful banter, rich contemporary Nigerian music, graceful colours, and sumptuous meals. Weddings in Yoruba land is an occasion to show your best outfits, handbags, jewelry and even dancing styles. The traditional wedding is an occasion to alleviate the drudgery of normal life and are greatly anticipated by friends and well-wishers.

The wedding is almost like no other, involving various stages and procedures more like a festival. Each of these steps and procedures will be discussed extensively in details below for a better understanding.

The order in which these stages are:

The first step towards tying the nut in the Yoruba land in accordance with the traditions of the Yoruba land is “the introduction”. This is the first and most important step the intending or potential couples take as they formally introduce their parents to themselves stating their desires to become husband and wife. Before any engagement ceremony would or can take place, the groom visits the family of the bride in the company of his father and some family members. The introductory ceremony is an informal introduction without fanfare but has a cordial atmosphere so they can get to know one another which is why it’s regarded as an introduction.

While the bride’s family prepares a simple dish to entertain the visiting family as they both seat to negotiate on the upcoming plans. During this meeting, they get to fix dates of various ceremonies left to be done and agree on other things needed. Though not necessary they discuss these issues or negotiate on them, it all boils down to their desires as most would rather do this there and then to avoid any complications. While they do all of this, they get familiar with themselves and start to gel as one family even before they become one.

Next step in order of importance is:

The Yorubas have one the most elegant wedding attires you could ever dream to wear on such a day as special as this. The couples put on royalty made dresses, dresses as precious and majestical as that of a Kabieysi (King) and his Olori (Queen). I’m pretty sure any King would grab the groom’s attire is available to him.

The Yoruba traditional wedding attires are scheduled for both couples, i.e the bride’s attire and the groom’s attire.

Let’s get to know what the composition of these dresses are:

The groom can decide to wear an Agbada which is a two-layered material of heavy dimensions like the Aso-Oke (traditional hand-woven material) with amazingly crafted designs, it might be cotton, and damask or he might wear lace or even wax fabric (Ankara). Definitely, it is expected that his colour combination should complement the bride’s and reflect the colour his family has chosen alongside complementing the male guests.

It doesn’t matter how wealthy the bride and groom are, their attires will be so luxurious that even a king would freely wear them.

Major after the introduction is the formal engagement, which is usually anchored by a contracted Master of Ceremony (MC) known as the “Alaga Ijoko”.She is contracted to anchor the ceremony, The Alaga Ijoko is always a woman. Her duty is to properly officiate and coordinate the proceedings so that each provision of tradition is strictly adhered too.

She has a major duty of coordinating all marital procedures in accordance with the cultural or traditional practice of the land. Opening the procedures she collects some sort of money which is to be kept by her. She introduces the groom, his family, and his friends formally to the bride’s family. This involves bowing to the family and formally requesting their daughter’s hand in marriage.

Immediately after the prayers, the groom dances in with some of his friends and prostrates a total of four times. On the initial first two occasions, he prostrates for his new in-laws with his friends, before prostrating before them alone the third time. During the third prostration alone, both families will stretch out their arms to pray for him. Just before he takes his seat, he prostrates one final time with his friends, but this time around, before his own family. Finally, as he is about seating, he gives out some money before taking a seat while awaiting his bride’s arrival.

Don’t get it twisted it’s not only the bride who has an “alaga”. The groom’s people also hire a professional called the Alaga iduro, which means a master of ceremony who follows the groom and family to beg for the hand of their daughter. The Alaga iduro is also a professional custodian of Yoruba wedding tradition. She could be a family member or hired for the occasion.

The alaga also anchors other activities like checkmating list of items and the items brought by the groom’s family. Also overseeing letter reading, which is read by a young lady from the groom’s family and which also asks for the bride’s hand. The bride’s family also responds with a letter of their own.

Talking about the list of items; specified list of some certain items which has been on the occasion of showing interest in their daughter during the introduction or after is given by the bride’s family to the groom’s family.

Items May differ based on family background or beliefs. But generally, some of the below items are usually included in almost every item lists.

A bag of sugar
A bag of rice
Alligator pepper
A large number of bitter kola
A bag of salt
Kola nut
If Christian, a bible
A keg of honey
About forty large tubers of yam

After all, requirements have been presented and confirmed complete and satisfactory by the Alaga (sometimes with the help of the bride’s family member), then, the groom is permitted to take his seat at the centre stage (the chair designed for the couples by the event planner). After this, the wife to be is ushered in.

Once the groom is seated, the bride wearing a veil dances in, in the company of her parents and Ore Iyawo (the wife’s friends), who are usually some close female friends and female family members. Goes before her parents kneeling down before them, in the joy of this, the parents pray for her and bless her. Moving towards her husband’s parents, she does the same thing with her husband’s parents, before taking off her veil and joining her husband. Once she gets to her husband’s presence she kneels before him then prayers are ushered on both of them as they bow their heads. After that, the groom (now fully acknowledged as the husband) gives her some money, before carrying her up for all to see, at this point, the Yoruba bride puts the groom’s fila (cap) on his head to signify an accepted marriage proposal. But wait a minute, did you imagine how crazy it will feel and look if the bride refuses to put on the husband’s Fila (cap)? Just my thoughts anyway…

When the proceedings are done and dusted then, They exchange engagement rings and go and kneel before their parents for prayers and blessings. At this stage, they may consider themselves married.

Cutting of the cake

I don’t think there exist in the Yoruba traditional wedding history if there has been any wedding done without cutting the Cake (Akara Oyinbo). This wedding cake is specially designed to fit its name (wedding cake), it’s done by the event planner or Baker. This special cake is crafted to depict some elements of the Yoruba culture, e.g a talking drum, calabash, fruits or a cake toppers of the bride and groom in their traditional Yoruba attire. The cutting of this cake and the sharing of the cake between the bride and groom is a pretty important step in the wedding. Immediately after cutting the cake, The wife feeds the groom some cake and wine and even gives him a kiss, to the amusement of the guests which is always my best part of the whole ceremony. Now it’s finished, and two shall become one. Hence, the bride’s family formally hand over their daughter to the groom’s father in the presence of everyone. Finally, when the snatching has been done, the groom’s family come out as a group to render appreciation to their in-laws for giving out their daughter before the final prayers are said.

Don’t expect another procedure, it’s a wedding, not a constitutional conference… The only thing left is the reason why most people are present, to celebrate the union of couples. This is when we all roll up our sleeves and begin to put the best dancing steps. But before ours, the couple gets to show us what they’ve got in store for us in their dancing routine. Then boom! We follow.. hey! I forgot to mention this, a lot of eating starts immediately…

This is the Yoruba traditional marriage in details, are you planning yours or you know someone planning theirs, tell the news to their ears and bring them here. Have a happy married life. 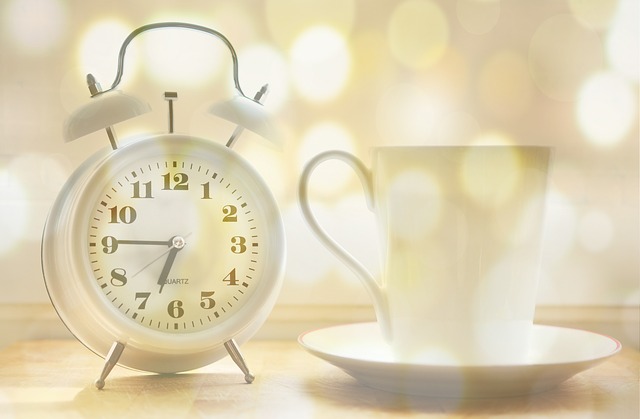