They say a child that will not allow his/ her parents to sleep, he/ she will also not move close to the brink of a doze!

When our culture keeps pushing men to rob the bank simply because certain tribes want to sell off their daughters to another man in the name of making him spend so much, then they should not be surprised when the man also turn their daughters into something else when they eventually get married.

Someone shared this list on Twitter, and we are going crazy over here based on its ludicrosity! 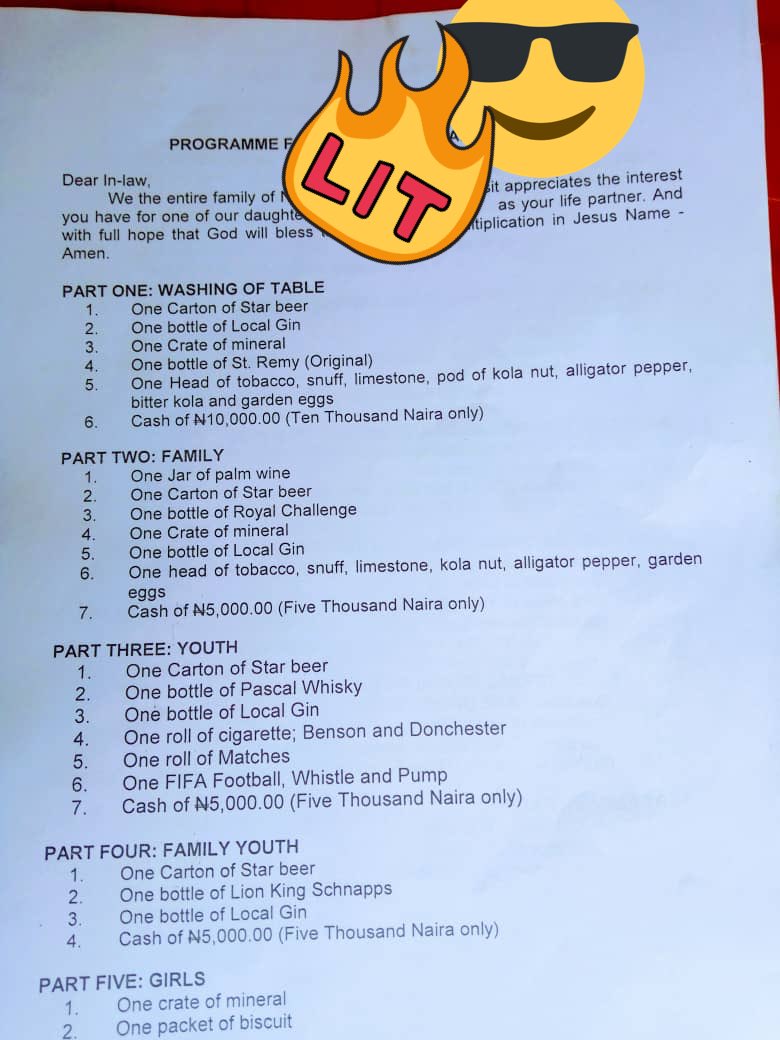 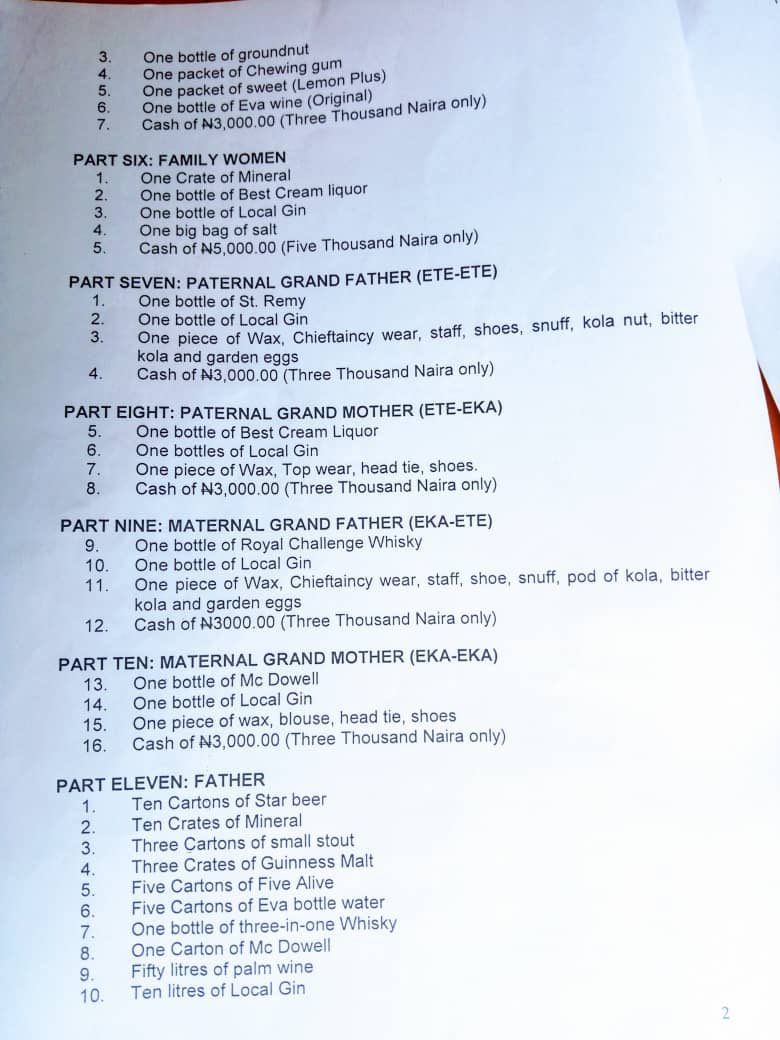 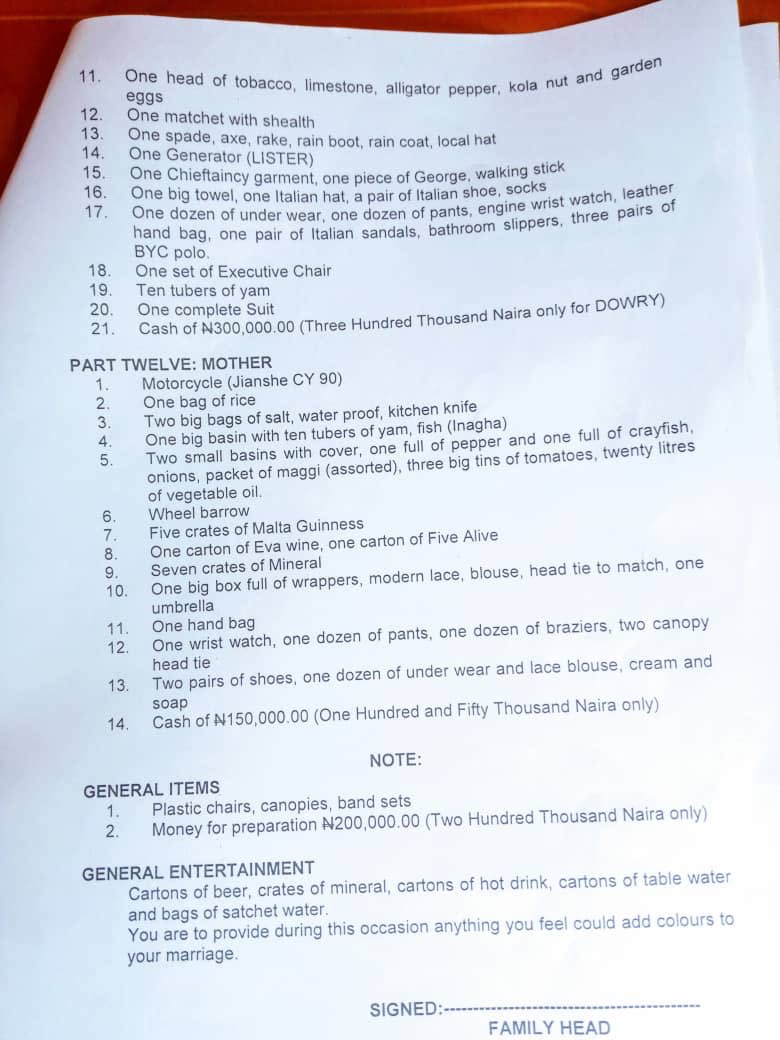 Imagine this ridiculous list allegedly from Akwa Ibom State that has been trending on social media. 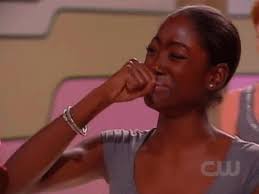 I am sure when my Mom sees this, she will scream… Imagine she pulling out this list for the family of her prospective in-laws.

Who does this? In what 21st-century culture does this happen? 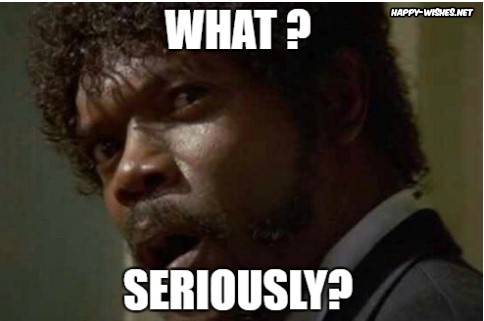 A friend said if he can pay for all these, then he can treat the girl the way he likes and also not allow the wife’s family to ever step into his house!

Now, why won’t some men treat certain women anyhow? Tell me what you would do if this list was given to you.

ADVERTISE WITH US Today