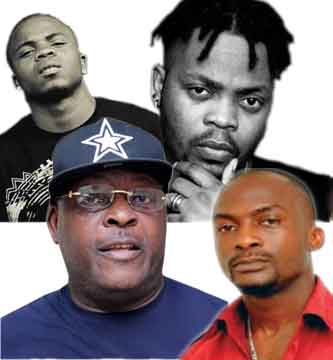 Indeed, Nigerian Rap and Hip hop music have grown so massively and brilliantly too over the years.

There has been a worldwide acceptance of it with billions of naira and huge fame made by its artists.

It’s become a greater inspiration and career path for a lot of Nigerian youths – especially the ones without jobs, and it is still waxing stronger each waking day.

Indeed, the way it has successfully ‘shut up’ other indigenous music on the social radar of the Nigerian entertainment scene is somehow amazing.

Go to so many parties, clubs, concerts, street jams, e.t.c., definitely, you’ll agree with this fact. And I am pretty sure, Fuji and Juju music cannot successfully argue this to a conviction. 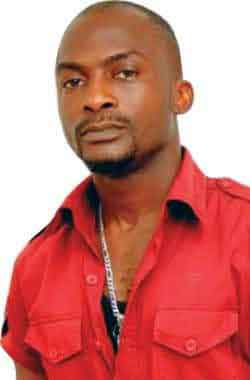 In fact, some of them are infusing this brand of music into their compositions.

Anyway, that is not the point of this write-up. The main teeth to pick of it is the paying of tributes to who is believed to be the founder or creator or waymaker of indigenous rap music in Nigeria.

I have come across several people who lift the trophy up for Dagrin as the pioneer and innovator of the genre. Some give the medal to Olamide as the one who the cap truly fits.

All opinions sampled place these two on the scale of the originator of Nigerian Indigenous rap. Fine. Let’s read on.

While growing up in the 90s, I remember vividly the first time I heard rap music infused into indigenous music. I am an ardent lover of Nigerian music, and I enjoyed listening to them all on our Kenwood radio or Telefunken television. 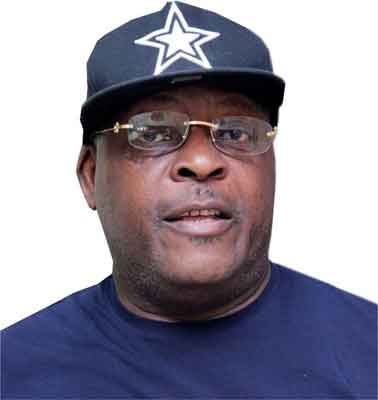 In all I have ever listened to, none awed and wowed me much as the massive hit of Sir Shina Peters’ Experience album, where for the first time, an indigenous artiste successfully blended YORUBA RAP into Juju music.

Indeed, the whole country applauded Sir Shina Peters for such a beautiful move. It was unexpected in the local music of Nigeria. Even though, it was a nine day wonder of music experience, yet, the record has been made that a Nigerian artiste made an attempt at rap music and succeeded, at least to an extent.

Many years later when hip hop started peeking its face into the Nigerian music entertainment, preparatory to take a deep rooting and growth, a name cropped up and started drawing the attention of Nigerians little by little of admiration and acceptance.

With tracks like Otipoju, Otiya, My Baby, Nigba Tawa Ni Kekere, this dude started warming his way up the hearts of so many Nigerians; warm up so much that by the time he released Le Fenuso, a collaborative effort with 9ice, he became a wildfire of massive acceptance.

No club, street party, or home gig was complete of music entertainment if you didn’t play that hit of track. Yes! LORD OF AJASA (Segun Osaniyi) had arrived as the indisputable King of Yoruba rap music. There was simply no bone of contention about it.

The whole nation, especially the Yoruba race, looked up to this short grenade of rap explosion to keep on blowing minds more and more and take the language up the heights of global recognition and acceptance in world music.

And yes! He continued to do that with other successive hits like Owo Epo, Ife, and so on until another monster of Yoruba Rap music burst on the scene with a flavor that was entirely different from that of Ajasa. This monster is none other than the late DAGRIN.

You all know the story of course. You know how the guy swept the industry like a storm; an avalanche of dumbfounding hard lines of Yoruba rap that started pelting down the Ajasa effect in everyone.

From him, Yoruba rap took a radical turn that saw Olamide taking up the baton from him after his demise to also radically change that genre of Nigerian music and birth countless other Yoruba rap stars. Who will ever forget Eni Duro? That was the AK 47 that shelled other massive bullets of his brand of Yoruba rap. 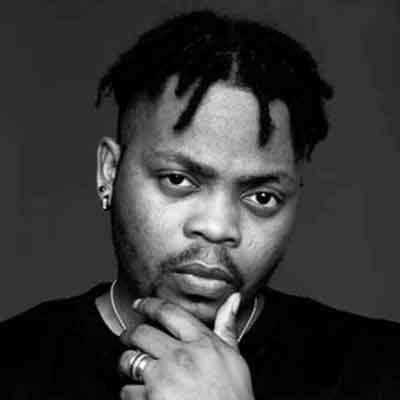 What pisses me off seriously is the fact that when tributes or credits are given to Yoruba rap stars, the name Lord Of Ajasa is always deliberately exempted. Why? For what purpose?

Yoruba rap music history will never be complete if its original pioneer, LORD OF AJASA is taken away from the picture. That is a grave error that will not be pardonable. Ajasa was the foundation of that genre of Nigerian music; Dagrin was simply the German floor that the edifice of Olamide was built on. 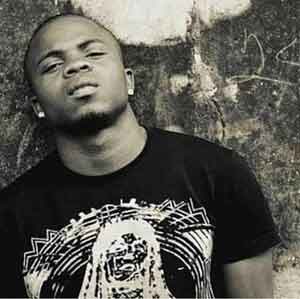 How do you now give all the tributes and accolades to the latter duo and commit a serious sin against the former? It’s uncalled for! Ajasa paved the way for others to make their great marks in the genre.

Without his foundational work that others built on, no Phyno or any other Igbo rap star would have been motivated to create their own indigenous rap music. Please! Learn to give honor to whom it is due! Even the Bible admonishes to give unto Caesar what is his, and God, what belongs to him.

Please! Stop disrespecting that guy! Give him his place of respect, honor, and pride in the history of indigenous rap music in Nigeria. His past works are still evergreen any day, same as late Dagrin. Hate him or diss him, you can’t take his accomplishments nor role in that genre away from history.

When you drain your energy on Dagrin and Olamide, he deserves some of it before you get tired of the muscles of your words on the duo.

And you’re free to criticize this please as it so comes to you; who must be honored, must be! And I write this to honor the true Legend of Yoruba Rap. Ajasa, much love, and pride!

Adewale is a Teacher, writer, and an upcoming Nigerian author based in Abeokuta, Ogun State. He writes on life, love, and youth issues with some of his works published in a few anthologies like Boys Are Not Stones (Issue 2); Beauty Of Failure; e.t.c. Other works of his can be found googling his name out. 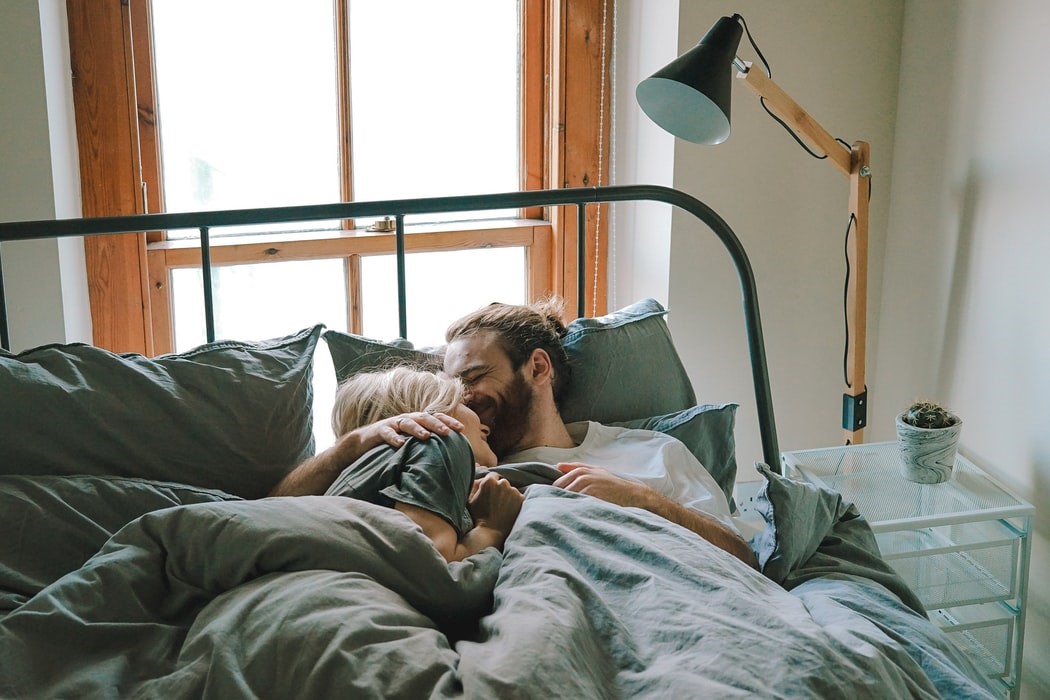 7 Ways to Spice Things Up in Bed in Your Relationship 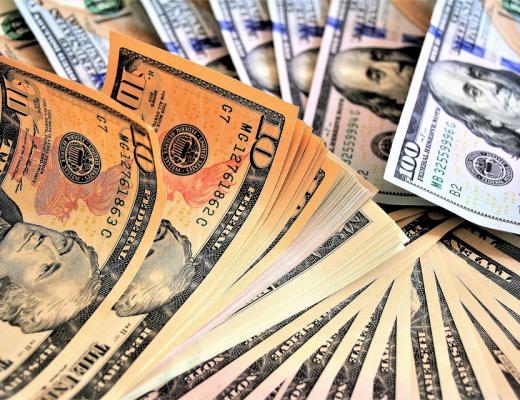 How Do Cash Loans Help You During Tight Situations