Happy Ramadan 2020 Nigeria – All You Need to Know On Ramadan 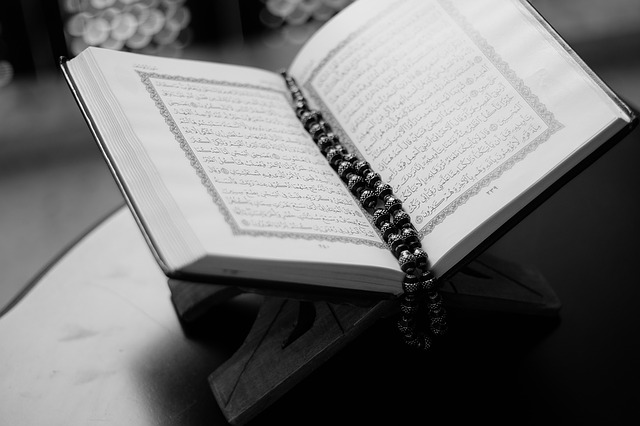 Happy Ramadan Nigeria – Ramadan is a festival celebrated by Muslims wherever they might find themselves in the world. Ramadan is regarded as the holiest month of the year for Muslims as it was the month in which the Quran was ‘brought down’ and revealed to Prophet Mohammad (PBUH) on the evening of Laylat Al Qadr, which is also one of the last ten nights of Ramadan.

When Ramadan officially ends, the daily fasting is over and the next month – Shawwal – starts with the festivities of Eid al-fitr.

The dates are not always known until a day or two beforehand as the Islamic calendar is primarily based on the lunar cycle. This year though, there are speculations that according to the Gregorian calendar, Ramadan may start on May 15 or 16. Because Islam follows a lunar calendar, dates drift back by 11 days a year in the sun-based Gregorian calendar used by most of the rest of the Western world.

The first day of the month of fasting will be Wednesday, May 16, 2018, based on astronomical charts, and subject to a moon sighting close to that time. Ramadan is the ninth month of the Islamic calendar.

The earlier date means that Ramadan is set to be finished before the longest day of the year. But it still falls within the long, warm days of summer so there will be extended periods of daily fasting, lasting almost 19 hours. In some parts of the world, Muslim officials have adopted the use astronomical charts to monitor the cycle of the moon, instead of having to rely on observation.

As the months move back replicated on the Western calendar, Ramadan is set to begin in April by 2020, in March by 2023 and in February by 2026. What this signifies is that daily hours of fasting will get shorter, thus bringing some comfort to those who struggle hard to go without food and drink for such long periods.
Another importance of this is that it allows governments in some Muslim-dominated countries to plan their public holidays and civic events in advance rather than to wait for a moon sighting at the last minute.

What really is Ramadan?

Ramadan is the ninth month of the Hijri (Islamic) calendar. It is during this month of the Islamic year that the Umrah, lesser Hajj is performed. Ramadan is said to mean ‘burning/scorching heat’ in Arabic as it usually falls within a particularly hot time of year in that part of the world.

What’s the purpose of Ramadan?

The main aim of Ramadan is to allow worshipers focus their minds on sincere devotion to what their faith is through prayers, expressing gratitude, seeking forgiveness and helping the needy.

Everyone who has gone through puberty is expected to take part in fasting.

There are exceptions though which applies to the elderly, breastfeeding mothers, those on a journey and those with diabetes or other ailments, disabilities or medical conditions.

In some Muslim countries though, it is seen as a crime to fail to observe the fasting. Anyone seen eating, drinking or smoking in public may be regarded as a minor offence with a penalty of community service, and in some cases there are harsh punishments which includes flogging, fines and jail terms

How do you say Happy Ramadan?

During this month, you do not necessary have to say ‘Happy Ramadan’ to the Muslim folks. You can greet them with “Ramadan Kareem’ this roughly means ‘Happy Ramadan’ in its English transcription.

How long does the Ramadan last?

Ramadan lasts for one complete moon cycle, which usually is in 29 or 30 days. The moon sighting determines the duration. These days, astronomical calculations have being adopted taking dominance over the age-long tradition of moon sighting by the naked eye to determine the dates.

How do we know exactly when the Ramadan starts?

A committee that is charged with the responsibility of sighting the moon has been set up in Makkah, Saudi Arabia. They are empowered to make an official announcement as to when the fasting period starts.

Makkah is revered as the holiest city in Islam. Not only was it the birthplace of Prophet Mohammad (PBUH), but also the location where he had his first revelation of the Quran. Due to this, the rest of the Islamic world follow Saudi Arabia’s announcement.

What are the five pillars of Islam?

These are the foundation of the Muslim life and faithful are required to observe them with unrivaled devotion. Just as a building requires its strong pillars to enhance its stability and firmness, the believer’s relationship with God lacks focus if there is no observance of the five pillars. These pillars make up the foundation and starting point for all other good deeds and acts of worship to God.

1. Faith or belief in the Oneness of God (Allah) and the supremacy of the Prophethood of Muhammad, peace be upon him (pbuh); This s affirmed by the ‘SHahadah’ – a declaration of faith- “There is none worthy of worship except God (Allah) and Mohammed (pbuh) is the messenger of God”, a simple formula that all the faithful pronounce. The significance of this declaration is the belief that the only purpose of a faithful’s life is to serve and obey God, and this is achieved through the teachings and practices of the Last Prophet, Muhammad (pbuh).

2. Establishment of the 5 daily prayers: Prayers are being performed in the space of five times a day. This symbolizes direct link between the worshipper and God. There is no definite hierarchical authority in Islam and there are absolutely no priests. Prayers are led by a learned person who is versed in knowledge of the Quran and is generally chosen and accepted by the congregation.

Prayers rites are called out 5 times every day, which is dawn, mid-day, late-afternoon, sunset and nightfall, thereby determining the rhythm of the day. In the course of these prayers rites, various verses from the Quran are used, all of which are said mostly in Arabic, the language for the Revelation. Personal supplications, however, can be offered in one’s own language and at any time.

3. Concern for and alms giving to the needy: An important belief on which Islam is based is that everything belongs to God, who chooses that wealth is should be held and managed by human beings in trust. This is referred to as ‘Zakah’ which can either mean “purification” and “growth.” This process is explained as the purifying possessions by setting aside a part for the society in general and those in need in also. This is likened to when our plants are being trimmed; this cutting back balances and ensures new growth.

In Islam, faithfuls sometimes calculate their own obligatory charity individually. Also, the annual payment of 2.5% of one’s capital, excluding such items as primary residence, car and professional tools practice is in place.

An individual may also decide to give as much as he or she pleases as voluntary charity, and does so preferably in secret. Such charity though, is not limited to financial giving.

The Prophet in a teaching to his followers made the following statements concerning charity, he acknowledge that greeting one’s brother with a cheerful ace is an act of charity on its own. “Charity is a necessity for every Muslim.” When he was queried: “What if a person has nothing?” He replied: “He should definitely work with his two hands for his benefit and then give something out of the earnings in charity.” His Companions further asked: “What if he is not able to work?”

4. Self-purification through fasting in the month of Ramadan: During the one month fasting of Ramada-n, every year, all Muslims fast from dawn until sundown–abstaining from food, drink, and sexual relations with their spouses.

The sick, the aged, those on a journey, menstruating women, pregnant women, nursing mothers, are all permitted to end the fast and make up with the exact number of days sometime later in the year when they are able to. Children in some families, begin to fast (and to observe prayers) from puberty, while many start earlier.

5. Pilgrimage to the Holy Land(s): one other important pillar of the Islamic religion is to embark on a pilgrimage to the Holy Lands at least once in a lifetime. This is only an obligation for those who are physically and financially able to do so, though. Nonetheless, about two million people (and above) go to Makkah each year from part of the globe, thus providing ample opportunity for those of different nations to meet one another.

The annual Hajj starts in the twelfth month of the Islamic year. Pilgrims are adorned in special clothes: these are simple and plain garments that depict no picture of distinctions in class and culture, so that all stand equal before God.

The rites of Hajj, which has its roots in Abrahamic origin, includes the long ad tiring process of going around the Kaaba seven times, and going seven times between the hills of Safa and Marwa as did Hagar (Hajira, Abraham’s wife) during her search for water, after she had been sent away by her mistress. After the whole exercise, the pilgrims all stand on the wide plains of Arafat (which is a large expanse of desertland right outside Mecca) and pray for God’s forgiveness, in what is often thought as an insight into the Day of Judgment.

The end of Hajj is marked by a festival, the Eid al Adha. This festival is celebrated with prayers and the exchange of gifts among Muslims wherever they may be. This and Eid al Fitr, a festive day celebrating the end of Ramadan, are the two major holidays of the Islamic calendar.

During Ramadan, Muslims are not allowed to:

1. Eat, drink, or smoke in public during the fasting hours. This includes also chewing gum.
2. Engage in public displays of affection, like hugging or kissing.
3. Engage in any aggressive behavior, or make others angry.
4. Dance or play music in public. Listening to music quietly with headphones though is allowed.
5. Wear inappropriate clothing in public. Dress respectfully. Men should completely avoid wearing sleeveless tops, while women should cover their shoulders and knees.
6. Swear or utter solemn oath.

They can accept gifts though, ranging from a simple date to something more exotic. True politeness should be displayed in accepting this. Further, if invited, it would always be an honour to join someone at Iftar. The penalty for not following one or more of the above etiquette may vary, with community service normally being favored. 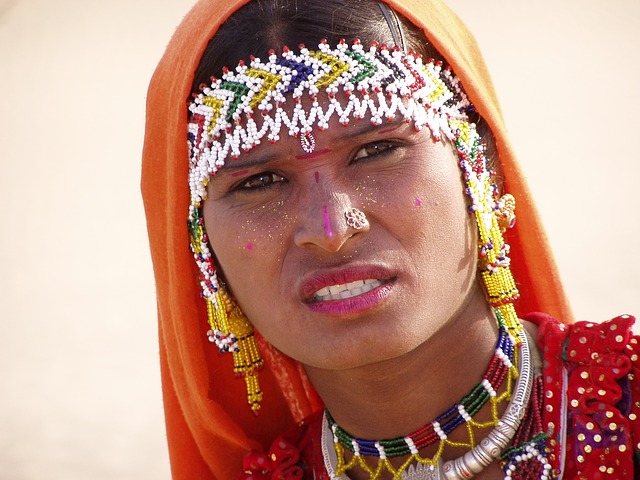 Sweet Bangla Romantic SMS For You 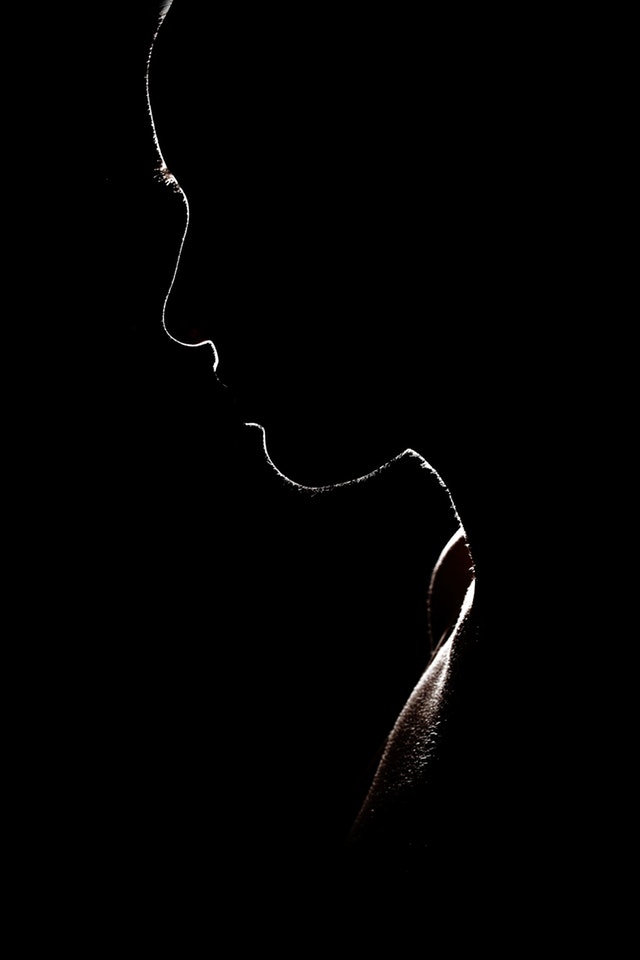 A Letter To My Husband To Save Our Marriage 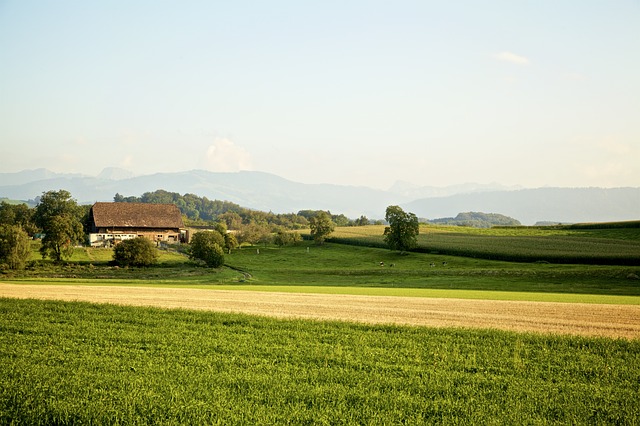 Happy Good Morning to all Readers