Is a Local Psychiatrist Called Shrink? 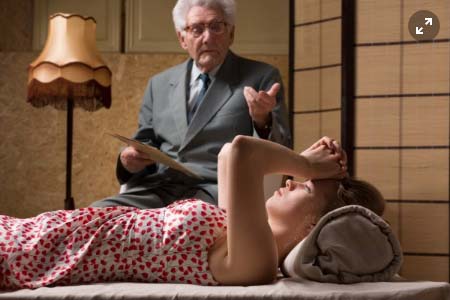 What is your perspective on local psychiatrist being called shrink? This has been a significant subject of discussion and we are going to dive into it in this post.

First off, there should be a prior understanding that the word shrink is from the word headshrinker, which metaphorically reflects the feelings of fear, mystery, and hostility traditionally associated with psychiatry as a profession.

Many theories are surrounding why local psychiatrists and psychologists are called shrink. But is that what they are called? If yes, why do most people think it is a derogatory term?

Read on to know more about these.

Is a local psychiatrist known as a shrink? 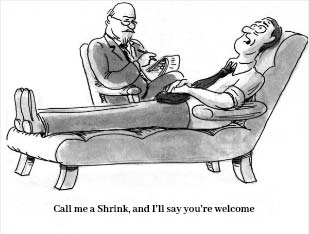 The short answer is Yes. It can even be clearly said that many mental-health professionals have come to accept the term with self-deprecating humor.

In the same context, psychotherapists, including both psychiatrists and psychologists have long been referred to as “shrink”. however, how the slang originated tells a different story of treating the human head.

Do not count it as a strange word when you hear someone call a psychiatrist “shrink”. generally, most individuals practicing the mental-health profession are referred to as shrink.

Now, the question is, Why?

Why are Psychiatrists called shrink?

The word shrink is a slag used for psychiatrists or psychologists. There is some sort of jargon just like we have shark as a slang used for lawyers.

But in this case, it is easy to realize that the word shrink has negative connotations when used to refer to psychiatrists.

As mentioned earlier, shrink is the short form of headshrinker.

This refers back to the ancient tribal practice of the Amazon rainforest where a warrior would take an enemy’s head as a trophy after a battle.  The head of the enemy would be shrink so that the spirit of the dead will be prevented from taking revenge.

This act is called the head shrinking.

In a similar and indirect connection, some theories have it that since the role of a psychotherapist and psychiatrist was to shrink a person’s ego, in other words, they work on shrinking their patients’ or clients’ problems, hence they are called shrink.

This is why you will hear someone say “I am on my way to see my shrink,”

However, such a statement can be considered a term of endearment.

How did the word shrink originate?

November 27, 1950 issue of Time magazine was the first time The term “headshrinker” was first known to be used as slang for psychiatrists and psychotherapists.

It was explained in the article that the term headshrinker is Hollywood slang for a psychiatrist.

There are many perspectives about calling mental health professionals a shrink, part of it is that some people argue that it is a derogatory term.

Is shrink a derogatory term?

In a wider opinion, the term shrink referring to a psychiatrist should not be considered as derogatory or stigmatizing.

Shrink is used in sort of a nickname offered as a general putdown to stigmatizing. So it is safe to say that shrink is not derogatory, depending on the way it is used to refer to psychiatrists.

While we feel that it mildly devalues what we do by making it sound too casual, feel free to use it as many do not believe it to be a derogatory term.

A very huge misconception about calling psychiatrists shrink that this post would like to correct is that it does not in any way, promotes stigma.

You can have the utmost respect for your psychiatrist, and still call him your shrink, there is no offense, at the very least.

What is derogatory and stigmatizing is when people, most especially in the media continually call people diagnosed with mental illness “the mentally ill.”

As mentioned earlier, not everyone sees it polite to call a psychiatrist shrink. For example, if you find yourself speaking in a podcast show or a conference, and you want to be mindful of the words you use relating to a psychiatrist, then below are the other names mental professionals can be called.

I have also provided what the majority believe these words to mean (not just what the dictionary says about them) and the best way to use them.

What other names can you call a psychiatrist? 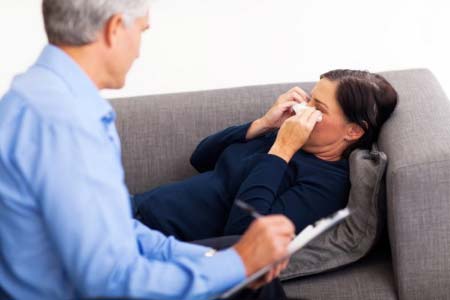 So we have come to a reasonable conclusion that wherever you hear the term shrink, there is a possibility that it is referring to a medical doctor specializing in psychiatry.

But due to the controversial discussions surrounding the use of the word for referring to psychologists and psychiatrists, here are other names you can call individuals of this profession.

When you use the word Psychoanalysts, it is believed that you are referring to people who help patients work through the process of uncovering and coming to terms with the impact of the unconscious mind.

Psychoanalysts can be used in the place of shrink as they refer to those who help patients with the impact of the unconscious mind on their lives.

A Psychotherapist in simple terms is someone who treats mental disorders by psychological rather than medical means. In other words, they are psychiatrists, in a certain context. Psychotherapy as a practice of profession can involve the use of a combination of both medication and other therapies.

Psychiatrists can be referred to as psychopathologist. It deals with scientific discipline or for unspecified dysfunctions’. The latter is the study of mental disorders, emotional problems, or maladaptive behaviors.

The practice of clinical counseling deals with psychology that helps people as they navigate emotional or mental health difficulties. The term can be replaced with the word shrink when referring to psychiatrists.

The term Psychoanalyser encompasses theories and therapies which aim to treat mental disorders by investigating the interaction of conscious and unconscious elements.

Since it involves bringing repressed fears and conflicts into the conscious mind by techniques such as dream interpretation and free association, it can be remotely related to the practice of psychiatry.

The head doctor is a popular term. Almost everybody knows that when one says “ I want to go see my head doctor” it means you are referring to either a psychologist, psychiatrists, or other professionals who treat primarily mental health problems.

There are cases where the term can sound derogatory.

But now, you should understand why the chief of cardiology in the hospital is referred to as the head doctor.

Any healthcare professional who works at a mental health institution is often referred to as a man in a white coat.

It is a little be out of context because you only see words expert use when the environment or situation seems to be a humorous one.

Another way to call a psychiatrist or psychoanalyst is to use the term couch doctor. This is quite comfortable. For example, “It took me some level of courage to get up and leave my couch doctor.”

What you should look out for in a shrink 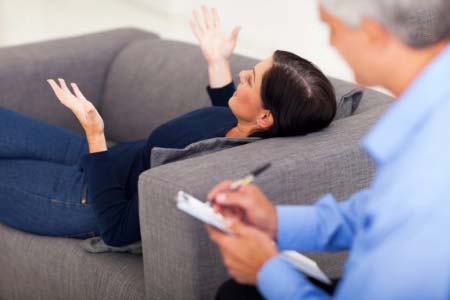 We have all seen psychiatrists in town, and the difference we can see in this set of individuals is hard to ignore.

This ranges from their manners to their style of communication and then cutting across the psychiatric strategies they apply when dealing with patients.

Now, before we bring this post to an end, let’s go through what makes a good psychiatrist.

The truth is that some psychiatrists should have been held back in medical school, how do you identify them? What should you look out for in a shrink?

Read on to know the few qualities that set them apart from your average psychiatrist.

Let it be known that humility is not a trait that is encouraged in med school. There is a psychiatrist who is a humble, beautiful, and honest person. And when you see one, you should count it as a blessing.

Think of the negative part when you meet a doctor who thinks he holds the secret to your mental health. Real Bad.

A humble psychiatrist understands that since communication is possible, he or she can equally learn something from the person who sits across the room. This automatically fosters collaboration and partnership.

Like this post by BetterHelp illustrates, finding a psychiatrist who will understand your beliefs, and make you as comfortable as possible, is equally important in your search for a psychiatrist that suits your needs.

One dangerous step you want to avoid is to work with a mediocre psychiatrist who will listen to your symptoms, and then derive inspiration of what your drugs will be by looking up to the ceiling for a second.

One of the important things you should look out for in a shrink is his or her ability to recommend or prescribe judiciously. You can get to be sure of this through recommendation or studying the psychiatrist’s record and professional background.

When you schedule a meeting with a psychiatrist, one red flag you should not overlook if it shows up is when the psychiatrist looks unsure of your problem or does not seem to be experts on your symptoms.

A good psychiatrist will have no problem referring to other doctors

In addition to having the ability to effectively identify symptoms of contributing illnesses, a good shrink will be apt at undergoing considerable research on psychotherapists, compiling a list of excellent marriage and family therapists.

A good psychiatrist should have compiled a list of persona and cognitive-behavioral therapists, therapists for children, and group therapy resources where they can refer their patients to.

Among the questions you will ask your new shrink, do not leave out this factor.

A good psychiatrist should be easily accessible

We want to believe that it is not too much to ask that one of the pass marks for an excellent psychiatrist should be that he or she is accessible.

It is kind of perplexing when we hear cases where patients have to leave an urgent message with their psychiatrist’s office administrator or leave it on the voicemail of the main office number.

If a shrink comes around, after a modest conversation and examination, the next important thing is for the good psychiatrist to give his or her cell number.

The trait of returning calls in a timely matter is one indispensable character of a good psychiatrist.

Another very critical qualification that every efficient psychiatrist should have is the ability to be a good note-taker.

You don’t expect someone who is so depressed that she or she can’t remember where they parked their car to start reviewing which meds they’re on and how many milligrams they’ve taken.

Study your psychiatrists, do they write anything down during our appointment?

Read more on how does Telemedicine work?

And one that encourages…

The most important job of a good psychiatrist is to give hope and encouragement no matter the situation. You do not expect a helpless person to be motivated enough to pick up the prescription from the drug store.

Sometimes when you hear unrealistic stuff from mental health doctors like “you will be well in a few days”, they are simply posing as the cheerleader alongside the patient’s recovery.

Finally, part of the things you should look out for in a good shrink is that they keep a follow-up appointment and also emphasize a patient’s steady progress. 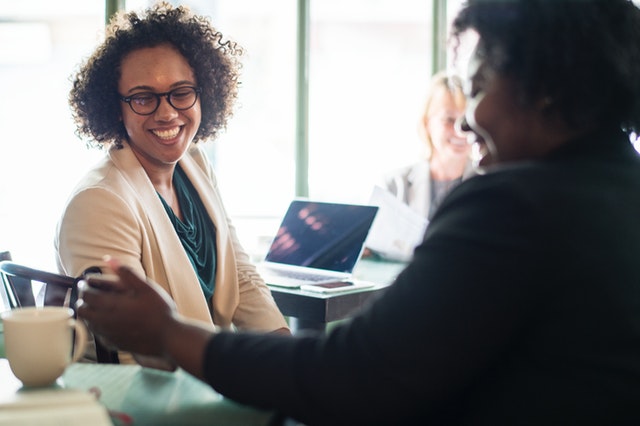 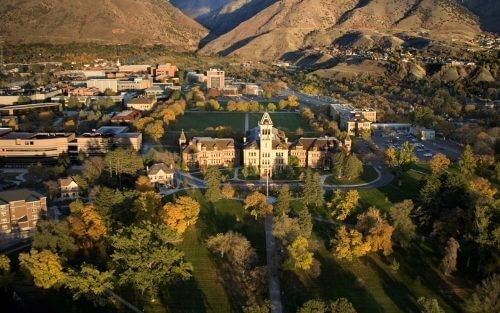 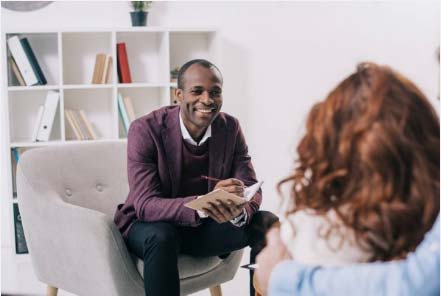 Can a Counselor Refer You to a Psychiatrist?