What You Should Know About *the Womanizer* Giacomo Casanova 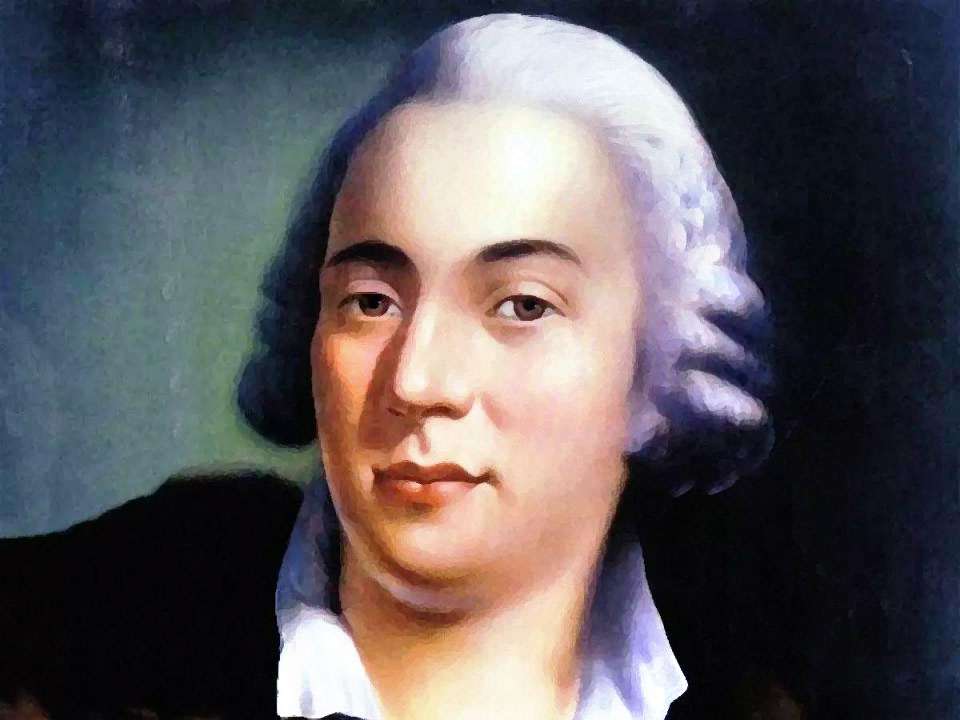 Giacomo Casanova was an Italian adventurer, writer, and womanizer to the core. Born on April 2, 1725 in Venice, he began a career as a cleric because his guardian, his grandmother, wished it.
.
He studied theology and law in Padua. After he finished his studies, Casanova went to Rome and met Pope Benedict XIV, who came to value him because of his social skills and jovial nature.
.
However, an illicit love affair forced Casanova to leave Rome.
.
Casanova returned to Venice and became a soldier officer. Even so, blasphemous statements and illicit sexual affairs with two nuns gave him a sentence of five years imprisonment in 1755.
.
Forced into exile, Casanova led from now on an even more nomadic, and sexually adventurous life that would give him material for his stories in his autobiography.
.
Near the end of his life in the 1790s, he wrote a 12-volume, 3,800-page autobiography claiming that he slept with at least 136 women and some men, including Royals, servants, and prostitutes. These claims were backed by credible historical records from the 18th century.
.
He would look for insecure and miserable women, give them total attention, shower them with compliments and tell them how beautiful they were, and when he got them to fall in love and have sex with him he would leave them.

He was also a fraud who sold false investments, a thief, a spy and even a cleric for the church.
.
His deceitful behavior was his response to being an unwanted illegitimate child, the result of an affair his actress mother had while cheating on her husband.
.
As a reward for his promiscuity, Casanova contracted many STDs including syphilis, which caused him mental and physical deterioration and eventually lead to his death at age 73.
.
His last words were, “I have lived as a philosopher, and I die as a Christian,”
.
It can be said of him that he died totally unaware of the pain his shady behaviors caused to most of the people who had to deal with him.
.
He claimed that when he cheated and stole money from innocent people, he made them smarter so they wouldn’t be so stupid to be cheated out of their possessions again.
.
As for the many women’s hearts he broke, he claimed that “they were also trying to deceive him”
.
Casanova’s mother did not want him so he was raised by his grandmother. At age nine, he was sent to a boarding school that he hated, and so he was allowed to live with his priest, Abbé Gozzi, who taught him how to read, write and play the violin.
.
At 12, he went to the University of Padua and spent most of his time gambling. At 17 he was graduated with a law degree and practiced as a church lawyer and was tutored by a 76-year-old Venetian senator, Alvise Malipiero. Malipiero kicked him out of his house when he caught him making love to the senator’s lover, an actress named Teresa Imer.
.
He was also making love to two sisters in the neighborhood, 14-year-old Nanetta, and 16-year-old Maria Savorgnan, and he was put in prison for not paying his gambling debts.
.
He was released eventually and then went to work as a writer for Cardinal Acquaviva in Rome.
.
He was put in jail after being caught having sex with a young boy. He was also having sex with the cardinal’s housekeeper.
.
He fathered children with a married woman of 29 and a 14-year-old female singer in the same town.
.
Cardinal Acquaviva fired Casanova, so he joined the army of the Republic of Venice for a short time.
.
He then lived from city to city and supported himself with his gambling and being supported by rich men and women who he engaged in sexual affairs with.
.
At age 28 he returned to Venice where records show he was guilty of seductions, fights, and public arguments.
.
At age 30, he was arrested and imprisoned without a trial for being a member of the Freemasonry and possession of some forbidden books found in his library as well as for blasphemy.
.
He and a priest who had been jailed together escaped together by using a spike to punch a hole in the ceiling. They crawled through the hole, and used bedsheets to lower themselves down to a window into a room twenty feet below.
.
There they changed clothes, passed through a long corridor and downstairs and talked a guard into letting them out.

He escaped to Paris in France where he was welcomed by King Louis XV and his mistress, Madame de Pompadour.
.
Casanova persuaded the monarch to establish a national lottery that gave them lots of money.
.
Casanova used his share to chase more women.
.
In 1754 France became involved in a war against Russia, Britain, and Germany
.
Due to his smartness, social grace, suaveness, and mastery of interpersonal skills, Casanova was contracted by the king of France to sell some state assets and properties to fund the costs of the war.
.
He made a lot of money as commission that he used to start a company that made silk clothes, but the company went bankrupt because of mismanagement especially the fact that he spent almost all his time making love to his female workers and spending quite a lot in the process.
.
To avoid his many debts, he had to leave rapidly for Cologne in Germany, then to Italy, then Stuttgart and Switzerland.
.
At age 35, he was spending so much time seducing different women that he had little time for anything else and was again arrested for not paying his debts.
.
At age 38, he went to England with the intention to establish a state lottery and was able to obtain an audience with King George III, but he failed to get any money for his project.
.
Since he could not speak English, he placed an advertisement in a newspaper for “sharing an apartment with the right person”(in exchange for sexual satisfaction) From several responses, he chose “Mistress Pauline”, moved into her apartment and became very sick from his many STDs and she threw him out.
.
After being turned down by a prostitute he had tried to seduce in exchange for an accommodation, he decided to kill himself and went to Westminster Bridge.
.
He was suffering from depression probably caused by his many troubles with the law and his STDs. As he was about to jump into the water, a friend passed by and invited him for a meal of roast beef.
.
He narrated his ordeals to this friend and the fact that he was about to kill himself and his friend provided him accommodation and a job.
.
He got a Lady pregnant and had a daughter with her.
.
Eventually, he impregnated his own daughter when she was 20 years old and thus had a son who was also his grandson!
.
He wrote in his autobiography that “he did this because her husband was impotent” He also said that “he had no idea how many children he had fathered during his lifetime”

He traveled throughout Europe to sell his lottery scheme to other governments. Frederick the Great of Germany turned down his requests for money for the lottery scheme and so did Catherine the Great of Russia.
.
He returned to Paris briefly but had to leave again in a great hurry because of a gun battle he had with an army Colonel over an Italian actress. Both were severely wounded in the shoot out.
.
He continued traveling all over Europe and sleeping with several women on his way. He returned to Paris but had to leave again because he stole some money from the Marquise d’Urfé, one of the richest women in the world at the time. He then went to Spain where a jealous husband tried to kill him for sleeping with his wife.
.
He wanted to go back to Italy, but he was still a wanted man after his escape from prison many years earlier. So he contacted the Italian authorities offering to be a spy for them in exchange for his pardon. He was sent a letter guaranteeing him that he would not be arrested and he returned to Venice in September 1774.
.
He supported himself by spying for the government on people he suspected of being heretic or sexually immoral. Two crimes which he was most guilty of than anyone in the country could ever be.

At age 54, he was no longer the handsome seducer of women and men. He had little money and few friends.
.
While living with an uneducated seamstress, Francesca, he wrote a story insulting the Italian royalty and for that, the Royal family chased him out of Italy and he returned back to Paris.
.
He soon left Paris for Bohemia (now the Czech Republic). He was completely out of shape and no longer the highly attractive man that he used to be.
.
He was also suffering from the pains of several STDs which caused him to urinate several times a night, burning on urination, discomfort when his bladder was full, muscle aches and other symptoms.
.
His autobiography described him as having had four attacks of gonorrhea, five of chancroid, one of syphilis and one of herpes.
.
Since he had passed his prime and his days were almost over, he considered suicide but decided that he must live on to tell the world of his many conquests, so he wrote his famous autobiography. He died in 1798 at age 73, presumably from heart failure.
.
Casanova wrote in great detail about his life spent looking for attractive women who were insecure because of violent or jealous husbands or lovers.
.
He would shower these women with compliments, love, and attention, and never took his eyes off of them when he was with them.
.
His conquests were usually insecure or emotionally vulnerable women. According to him, they would show gratitude for his complete attention to them by giving him their body and when they have succumbed to him, he would become bored, tell her that he was unworthy of her, and arrange for her marriage or pairing with a “worthy” man.
.
Then he would leave for his next affair. He wrote, “There is no honest woman with an uncorrupted heart whom a man is not sure of conquering by dint of gratitude.”
.
He said that he had never used alcohol to seduce any woman or used violence to obtain sex from one.
.
Today “Casanova” is a popular English word that describes a man who is a womanizer and had its origin from the greatest womanizer in history Giacomo Casanova.

4 Ways to Apply Your Faith to Everyday Life 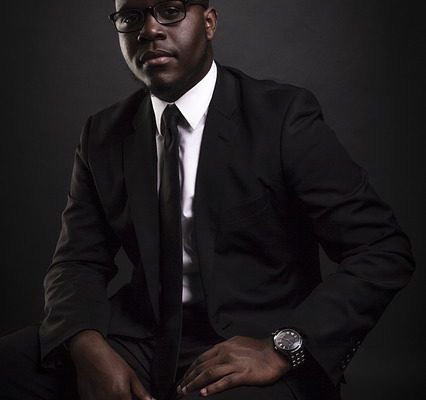 ENTANGLED – THE TRAGEDY OF AN OFFICE ROMANCE (EP.3)