How To Turn A Guy On S*exually And Emotionally 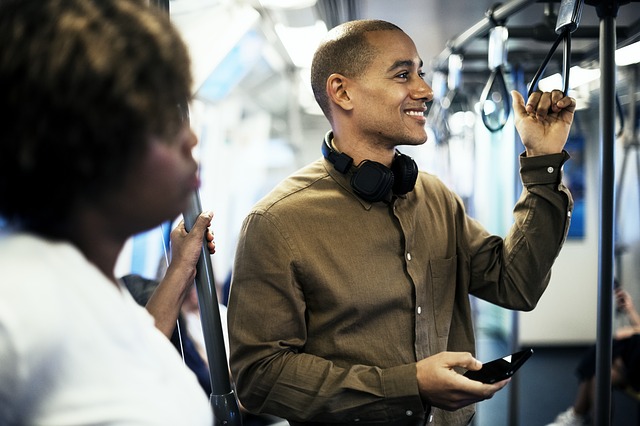 HOW TO TURN A GUY ON  – One of the things we miss in relationships is the act of seduction, both parties are guilty of not taking cognizance of this very important part of sensuality in relationships.

The art of seduction can be in two ways though

This is the art of turning on someone to have his or her emotions converge to you. It also entails having that person under your control emotionally. Here, you create an emotional experience for other people. In relationships, you should know how to create an impression in your partner that the partner always longs for you.

It simply means you are making them love and crave for you more in their thoughts. You must have planted some glamourous thoughts to that person’s mind about things and you to make them always want to be around you.

This is the most known and practiced seduction method. It refers to you turning on someone and arousing the person’s physical hormones for a sense of touch and all.

It has to do with acts and gestures that tend to create sensual feelings in that person and make the other aroused.

So having talked about seduction and it’s two types, we have to know look at how a lady can turn a guy on and make them always crave for you.

How to turn a guy on emotionally

Here, you need to make a guy want you and always have his mind and thoughts fixated on you. This is not emotional blackmail but you are barely making him to always want you, cherish and adore you.

It’s been said that women hold the power in a relationship and how to turn the tide in their favour and bring out the best from the relationship.

So I a woman should master the act of having that emotional control of a man where he follows your whims and desires. It has to start from his heart.

Men are egoistic in nature and they love being made to feel important, powerful and in charge. Make him feel manly, flatter his masculinity and let him feel pompous. Let him know he is in charge. Men love this and once he feels the woman is making him feel in charge, he gets so excited and he unknowingly becomes vulnerable to you. He sees you as different from other ladies that nag, demean and abuse him and he wants to always be with you

Many ladies do not know how to do and this but making your man confused can be a sort of turn on for him. Have this aura of weirdness around you that he keeps looking for answers to puzzles about you. For example, you get into an argument about how he messes the house and never cleans up, you may allow little argument and after that, act as nothing happened. You may also notice some creepy attitude of him, make him know you are aware but act indifferent about it. Leave him in awe about your next step and he would always want to know you more as you are confusing him. The more you do this, the more he gets turned on by you.

Men like to feel needed and accomplishing tasks gives them the opportunity to show off and that makes them feel special. An example is  “”Sweetie, I can’t figure out how to do this, can you show me?” This can do wonders as it gives him a feeling of importance and value. This is also an ego massage

After all the glitz and glamour of the outside world, guys really get turned on by women who are homely and appear so. Be simple, organized and appear to be modest yet enchanting in his eyes.

This is a funny and unbelievable tactic though but acting dumb may not necessarily mean you behave stupidly but you make him think you are weak and fragile and he sees you as one tiny baby in distress he has to protect. Helping a distressed or fragile woman gives a deep feeling of power to guys and it also massages their ego. Things you can easily get out of, let him come out and do it.  Appear fragile and feminine to being out that feeling of want in him.

Make him valued by appreciating his gestures and what he does for you. Make little things he does look like a big deal. If he cleans the orchard and waters the flowers, make it look like he has done something great. Men want to feel valued and appreciated for their exploits and when he keeps hearing praises and appreciation from a woman all the time, there is tendency he begins to get fond of that woman. His mind begins to appreciate your praises and he would want to hear it often. Don’t you think you have tweaked his mind that way?

Let’s say this is a common tactic to turn a guy on. Giving him good delicacies and taking care of his stomach. It is often said that the way to a man’s heart is his belly and this is true to a very large extent. Turn a man own with good food, tantalizing, and delicious meals and he won’t want to ever leave your side. Cook his favorite meals all the time and satisfy his culinary tastes. Men love food, Men are foodies! Take advantage of this!

How to turn a guy on s*xually

S*xually turning on a guy means you want to arouse him to make him get physically and mentally in the mood for romance and the act lovemaking.

Good and adventurous s*x allows bonding in relationships and gives you both that I to always want more.

Turning a man on s*xually ain’t just about flashing boobs and asses but mastering and getting him to crave and crazy for you all the time.

You must give a spice to your love life by learning the art of sensual seduction.

There are no ends to crazy ideas on turning your partner on, he might like it when you wear skimpy dresses or simply like it when you put on cropped tops that show a little cleavage, he may like it when your back view is well represented in your skirt or gown. There are tons of different fetishes your guy may get turned on by and discovering them is a start to knowing how to explore them to your advantage.

Here are some basic lessons to note in arousing your guy

1. Roll your eyes and look at him seductively

Here you are initiating a thought in his mind

You can do this by being either explicit or non-explicit about it. But it is advisable by being non-explicit at first. You can start with words like; “I love that shirt, I can imagine your naked body in it”. The essence is to grow it on him and let it come gently. You use subtle words like “there is always a difference when we are alone here, I feel somehow baby, like always being alone with you for long like this”. You are bringing up the dirty talks here but not to turn him up in an instant but by building thoughts in his head that would last for hours. You are making him continue to figure things and the excitement you have in store for him. Then after that, you start getting more wild and nasty in your talks, you begin to come out really bold. Talks like “I bet you will do a whole lot of work to know the pant I am putting on right now”, then you will switch to “Or you wanna give a try by proving me wrong and finding out?.

You get more direct with time and it would start building erotism in his mind.

Yes, after you must have talked dirty to his head, you need to touch him! This is not even about touching him on his erogenous zones but normal places like his chest, arms, and neck but make it so tender and let it last for some seconds before changing spots. The idea is to arouse him with tender touches and let him get the clearer message of what you really want from him.

Create a tensed atmosphere, make him confused albeit mildly, he should be left guessing what you really want. When he wants to start touching you, do not let him totally, make him long more for you and keep pushing. You are delaying it and subtly punishing him to build up his emotions and passion for you more.

After building the tension in (4) above, you should suddenly take the initiative! Yay! It gets hot when you suddenly move towards him and give him a long kiss while touching him! It is a real turn-on for a guy who has always started moves to be taken aback by you making the direct move.

7. Find out his turn-ons, kinks, and fetishes; If you really wanna turn on your guy in a way no one else can, you need to know the starting and finished points of his kinks and fetishes. Most times for guys, they are really private and personal and you have to take some time to really find out. Some men really have what can be termed crazy and hilarious s*xual fantasies, but their women still get to find out.ask

Guys get nervous and embarrassed at times when you directly ask them their s*xual fetishes and fixations so it ain’t a good idea asking directly but you can tactfully ask indirectly.

Make sure you are both in bed before trying to indirectly ask him, tact is needed here. Question him by first talking about what turns you on, how you want it, how the feeling comes when you have it. Talk about your deep fantasies and actions that make you quiver and crazy. Talk about this turn-ons for a while and make him love hearing them. After talking about your kinks for some time, then stylishly find out his. Don’t forget to be indirect with your questions, for example, ask questions like; “I bet you like it when we play loud jazz music and have violent s*x while I ride you?” From this, he may start opening up, volunteering his fantasies and turn-ons to you. If he still doesn’t open up, keep asking indirect questions and after a while, he would let his guards down

In all, make sure you are both in synch emotionally and s*xually. 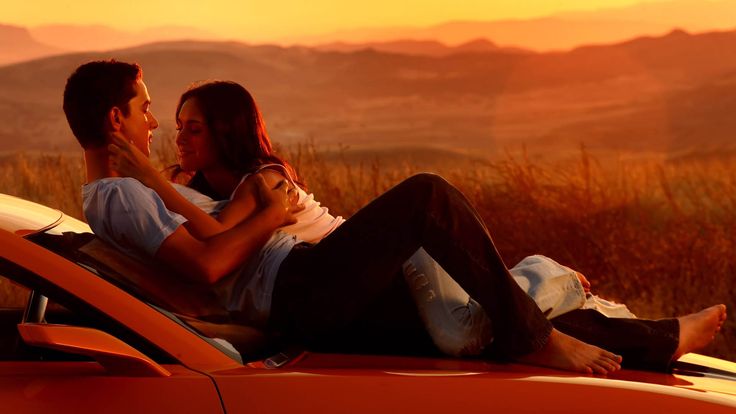 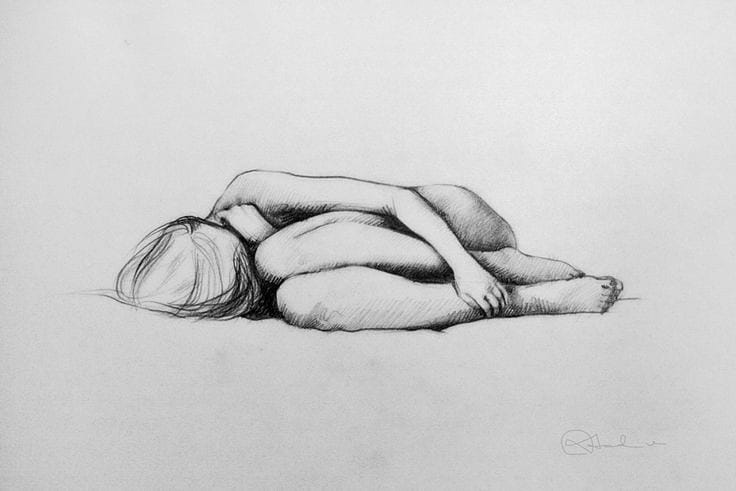 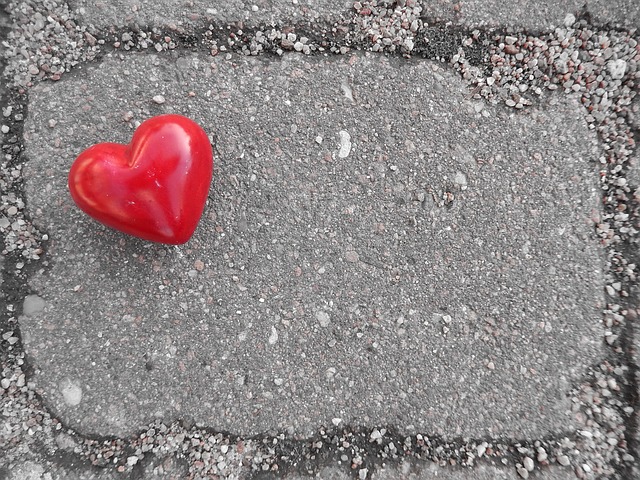 FINDING LOVE IN THE WEIRDEST PLACES: TELL US YOUR STORY